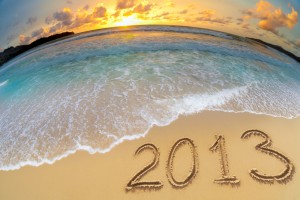 Each year provides inspiration and opportunities for growth. As 2013 comes to a close, I reflected on 10 inspirational moments and people of this past year. 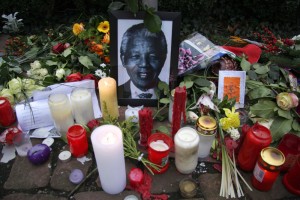 1. Nelson Mandela – The death of Nelson Mandela was one of the most celebrated passings that I can ever remember. While the world is sad to have him no longer with us; in addition to mourning his death, everyone truly celebrated his accomplishments, what he stood for, and how he inspired millions of people worldwide to be better. He led by example – to the very end of his life. 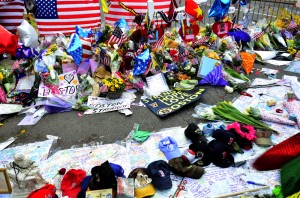 2. Boston Marathon – On April 15, 2013, the world witnessed one of the most gruesome acts. In the crowd of those waiting to celebrate their loved ones achieving a wonderful feat of completing the Boston Marathon, they instead faced terror. The inspiration of this tragedy came in the aftermath. Law enforcement came together to quickly apprehend the perpetrators. The survivors and the world came together to heal. 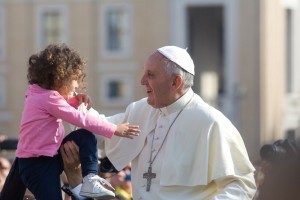 3. Pope Francis – In March, he was elected the 266th pope of the Roman Catholic Church. Pope Benedict XVI resigned, being the first pope to resign in over 598 years. This year he has surprised many by reinvigorating the Catholic Church to be less about judgment and more about love. He has inspired millions and many are looking for him to lead the Church onward into the 21st century. 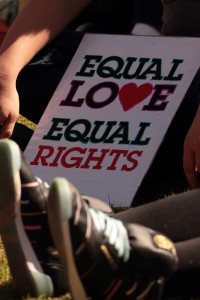 4. Legalizing Same Sex Marriage – equal rights for marriage stood out loud and clear this year, not only in the US, but in 15 other countries as well. Finally, the commitment to love, honor, and cherish your partner, whether they are the opposite sex or same sex, is transforming the world.

5. Amanda Berry, Gina DeJesus, and Michelle Knight Rescue – On May 6, 2013, these three young women were rescued in Cleveland Ohio after being held captive for over 10 years. This amazing story of survival touched the hearts of the entire world. 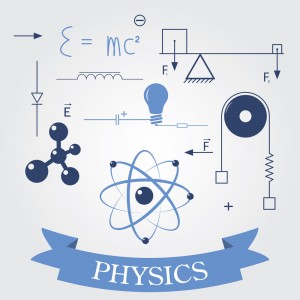 6. 2013 Nobel Prize in Physics – Francois Englert and Peter W. Higgs were jointly awarded the Nobel Prize in Physics for their theory on how particles acquire mass. While this theory was independently proposed by both back in 1964, in 2012 their ideas were confirmed by the discovery of the Higgs particle. Their theory is a central part of the Standard Model of particle physics that describes how the world is constructed. While the Higgs particle was the missing puzzle piece to the Standard Model, it is not the final piece to the cosmic puzzle. So…more to come! 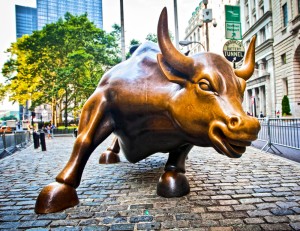 7. Stock Markets Surge – After years of wondering whether our financial system would recover, we had record breaking returns in the stock market, unemployment figures are down, and the US Federal Reserve may begin to reduce their stimulus package as the economy appears to be on its way to health and prosperity. 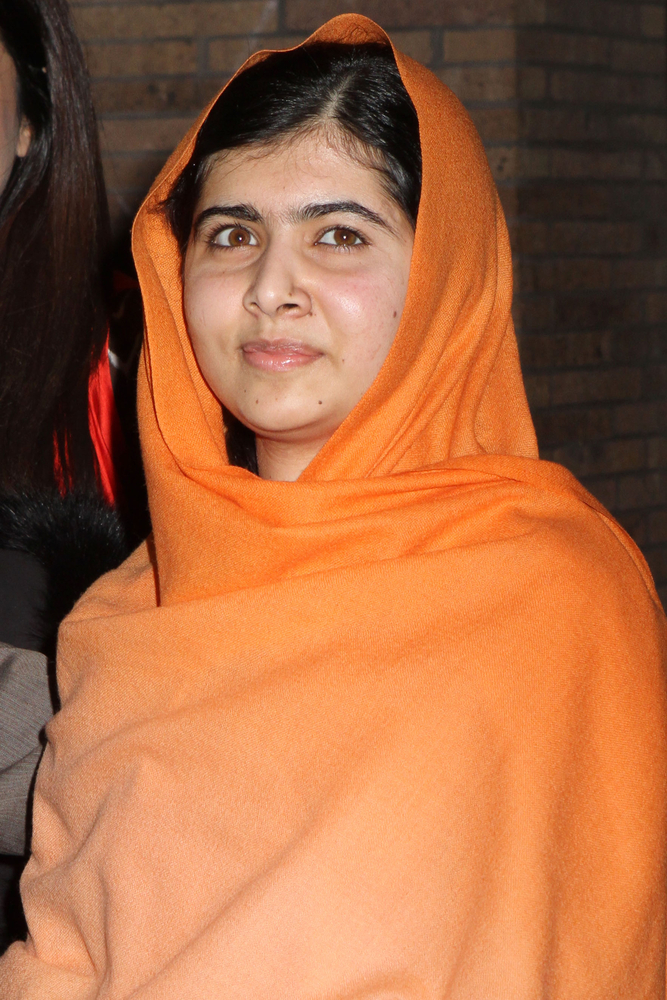 8. Malala Yousafzai – Malala is proof that at any age, at any time, you can make a difference. This brave little girl, an activist for education for all, became the youngest person ever to be nominated for the Nobel Peace Prize. 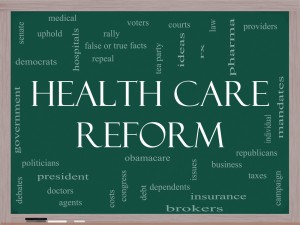 9. Affordable Care Act – whether you like the Act or not, the fact is that healthcare for all is being implemented around the country. It is tough to say if this new system will work; but, we must acknowledge the inspiration behind the Act. The intention of having good healthcare available to all US citizens is certainly admirable. Let’s hope that 2014 brings with it more inspired implementation! 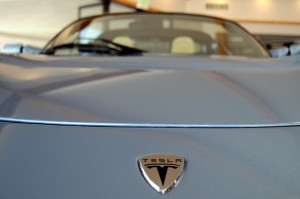 10. Elon Musk – 2013 was a notable year for co-founder of PayPal, CEO of Tesla Motors and SpaceX, and Chairman of Solar City. He is living proof that belief in your vision pays off. in 2013, after over a decade of hard work, Tesla has become the world’s most prominent maker of all-electric cars. He is also designing the “hyperloop” supersonic travel machine that would allow commuters to travel between San Francisco and Los Angeles in 30 minutes or less using 100% solar power. Dare to dream!
This is the perfect time for you to reflect on what inspired you in 2013. Take time to become aware of the moments in life that mean the most to you. The past helps us to appreciate our life lessons and those life lessons inspire us to live our best life as our future unfolds.
Best wishes to all for continued health, harmony, abundance and joy in 2014. 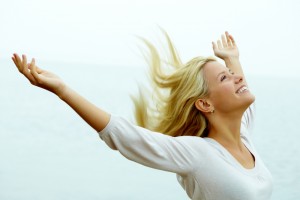 Most of us have been barraged throughout our lives with messages about the importance of “never giving up,” so the thought of ever “letting go” might seem weak and powerless.  In fact, you might perceive that these two concepts are totally opposite.
So what IS the difference between “never giving up” and “letting go?”  Actually, I believe they are different sides of the same coin.
Never Give Up
Many of us associate the phrase, “never give up” with a perception of having a relentless, uncompromising, pre-conceived idea of how we view things should be, as well as maintaining a dogged determination to make it happen. This interpretation feeds into the illusion that we have control over other people and outer circumstances and can prove to be very exhausting and frustrating.
I believe that the loving, spiritual meaning beneath this phrase
is never give up on YOURSELF.
In order to stay true to yourself, it is healthy to never give up on:
1.  Remembering that you have the power to co-create with the Universe.  You do this by praying, imagining, clarifying dreams, holding visions, and setting goals that serve to take you in the direction of creating the qualities of life you choose to live.
2.  Persisting to have the enormous amount of courage it takes in order to face your fears head-on.
3.  Mustering up the inner strength required to handle the many set-backs that occur when things do not turn out in the specific ways you have imagined.
4.  Rising above the criticism that you face from people who do not support you in your dreams, visions, and goals.
5.  Committing to take action on the infinite numbers of things you need to do to cooperate with the Universe to make your dreams of a better life come true.
6.  Having the faith to believe that every experience you have is taking you in the direction of Wholeness, no matter how it looks in your physical world.
7.  And that’s where “letting go” comes in.
Letting Go
Many of us associate the phrase “letting go” with giving up, resignation, quitting, and “losing.”  Far from the truth!  Actually, “letting go” is an attitude of tremendous inner spiritual strength.  It means that after we take full responsibility for honoring our personal roles in co-creating with the Universe by “never giving up” on ourselves (items 1 to 6 above) – we then “let go” of trying to control how everything manifests in our lives.
Simply stated, “letting go” means letting go of our personal attachment to outcomes.  When we “let go,” we are not sacrificing anything.  Indeed, we are creating a vastly larger space to allow for the  Infinite Potential of the Universe to create magnificent outcomes that far transcend our human perceptions.  This is because we are choosing to put the limitation of our egos aside and  accept  that Divine Love is at work in manifesting how our thoughts, words, and actions appear to us in our physical world – even when the outcomes don’t coincide with our personal ideas. “Letting go” is having the faith to accept that the Universe is totally cooperating with us through the power of unconditional love.
When seen from this higher spiritual perspective, we can see that  “never giving up” on ourselves and “letting go” of our attachment to outcomes are two dynamics that actually work in perfect harmony!
Love and Light,
Sandra